You readed this article

Many of you wonder what “game sense” actually means. This word is often used in Counter-Strike and is mentioned all the time in tournaments, videos or in-game. To be honest, this question cannot be answered straight and many players, coaches or pro-games struggle with answering it. This is simply because this short term is a really complex combination of many aspects that make it difficult to put in one sentence or in a straight up answer. The closest definition that I have heard so far is “Situational Awareness applied to video games” just because mainly awareness and experience builds your game sense. To make it a bit easier I will split this topic to 3 parts which are key elements for having great game sense.

So often in games we can see that “every team guy” who will as CT rush middle on de_dust 2 right to lower tunnel and he will ace whole enemy team. Sadly, there are two types of rushing players. One who is rushing recklessly and cares about nothing that will lead to a really predictable play style and the second type who uses economical awareness to increase his chances of being in the right place at the right time. Watching carefully what your enemy is buying and how many kills they are getting, will give you a rough Financial picture. For instance, if you will see terrorists buying vests and pistols on the 2nd round after losing the first round, it will mean that they will be forced to play “full eco” on the next round if they will lose. Thanks to your experience on map, let’s say de_dust because it’s most played map in the game. You are aware that “full eco rush B” is a common way to play the 2nd round. Rushing lower tunnel as a CT with SMG weapon in this case can be really beneficial for you and your team as well as you have a big chance of being successful. This is a really simple example to show you how easy it is to have “game sense” and knowing when to do what. Advanced players are able to keep in mind their enemies financial status even to really late rounds and adapt game style, strategy or even next round team buy composition.
Keeping track of enemy economy is a really important part of game sense but of equal importantance is keeping track of your own and your team’s economy, you can see how economy works on tobyscs blog. Picking up every single grenade you can see or saving more expensive weapons for team mates can and will save you from eco rounds many times.

Often we can see people clutching 1vs5 in a crazy style. Where ever he looks there will be an enemy and our clutch master will always have crosshair on them. For some players this is wall hack like play but it’s really just good “game sense” based on map knowledge and experience. Thanks to hundreds of hours on one map, you will finally know the most common plays and tactics. You will be aware of every kind of rotation that can happen depending on the situation. You can predict positions same as weapons they will use. How many times you see players closed from both ends by enemy and they are still pulling it off by faking engagement on one enemy to bait out another. This map knowledge and experience is an essential element of term called game sense. Something that you really cannot learn over a week or two. For this, you simply need hundreds of hours in the game or on map. Keeping in your mind things like how many players are covering side or where the best players are covering so you can avoid them, can simply win the game for you. When we know that one player is on B and one AWP in the middle you can predict that they might have 3 players long, two players on long and one catwalk or one long, one short and one CT/A side/ramp. This might sound like not much help but if used properly you can get a lot from it. Let’s say that they will lose middle awper, you know that B player is solo and have to look tunnel and mid till rotation will take a place and you can smoke off CT to stop rotation from helping B/middle or to force B player to pick more to middle and attack him from both sides. You can as well push catwalk and long because A side is weaken due the rotating support player.

Lots of players ignore radar in this game which is a huge mistake or they do not use it as often as they should. With a properly setup radar, you can see the whole map and you do not need to have any information from your team players to rotate quickly when needed. How many times do you see pro players pulling off crazy head shots thru smokes or instant pre-fires? Most of these are a combination of information from radar and good crosshair positioning. Even tiny steps on the other side of smoke can highlight enemies on your radar and leave you with the exact information on their location. This can be used as great informant which is the same as a misinformation tool for enemies. Common things to do is 3 men push with smokes and 2 decoys which creates an illusion of 5 men push. No matter which way it is used, it’s a really great tool and must be sort of thing when it comes to great game sense.

As you can see, Game Sense in CS: GO is a little bit of everything and things I pointed out are not the only things which build it but they definitely play a huge role in it. Every answer you will hear now will make sense, even these “it’s something that you can’t learn right away and it comes with time” which I can hear a lot recently. Experience in a game is a really important element. Remember that doing things for hundreds of hours as a part of routine every day plays with not improve you skills and game sense. Only when you will focus on that what you are doing and pay attention to the details you can progress. 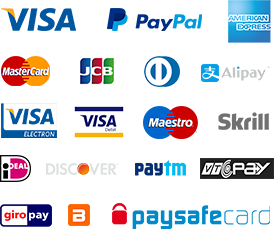 Now you have time to check if your address e-maill is correct. You can always go to settings.